#We asked two past Unlocked Brand Managers what it was like to represent Unlocked Graduates on campus. 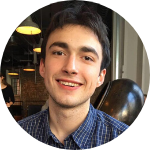 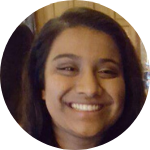 Revathi read Law at the University of Sheffield. She is now part of the Unlocked Graduates 2020 cohort preparing to start as a front-line prison officer in September.

#Why did you want to work for Unlocked Graduates?

Unlocked’s ethical approach to tackling a crucial, although frequently overlooked, public issue is refreshing in a culture of graduate schemes dominated by self-interest.

I study law and have always been interested in criminal law and justice, so it interested me to work in an area that I had only ever learnt about from lectures and textbooks. I often found myself arguing in defence of prisoners, the prison system and rehabilitation when confronted with negative views towards them – so, I was really excited about the idea of it actually being my job to try and change that attitude.

#What do you think makes Unlocked Graduates stand out from other opportunities?

Unlocked stands out for its innovative approach to tackling the problems facing the justice system. Debunking myths, Unlocked shows students how they can find a meaningful and challenging career within the prison service. The scheme incorporates academic learning alongside practical training. As a Brand Manager you have the pleasure of promoting this innovative scheme at your university and helping change people’s lives as a result.

I would say the independence that you are given to go about your work, and the flexibility of the role in terms of the hours you work were key. The fact that Unlocked is still a relatively young organisation also means that as a Brand Manager, you really get to see what impact your work is making. It was amazing to see how our work affected Unlocked’s place in the Times Top 100 Graduate list this year.

#How would you describe your role as an Unlocked Graduates Brand Manager?

What I enjoyed most about working with Unlocked is the freedom they give you to explore your own initiatives. Whilst they give you guidance and are always there to offer a helping hand, they also give you the freedom to be creative in your publicity. One week you may choose to advertise the scheme in a variety of ways, then another week focus on organising an event.

There was a lot of networking involved with both staff and students to ensure I could reach the widest audience possible. I really had to rely on my communication skills because I had to quickly build working relationships with people I may otherwise have never communicated with, and then maintain those relationships as I continued my job.

#What advice would you give to someone applying for the role?

The most important thing is to show that you have an enthusiasm for the job and that you have the right personality traits. Use your experience to express that you’re an outgoing person who loves a challenge and wants to actively contribute to Unlocked’s mission.

Above anything else, you really need to believe in the work that Unlocked are doing around criminal justice. I would also say resilience is really important in this role as there may be situations where someone doesn’t display the same enthusiasm as you. So, you need to remember not to take anything personally because you are discussing a highly polemical subject.

#What have you gained from the experience?

My organisation and time-management skills have definitely improved as a result of the Brand Manager job. You also get a great idea of what it’s like working within a professional organisation. The personal confidence I have gained from working independently to organise and promote my own initiatives is extremely valuable. In particular, my public speaking and networking skills have improved beyond recognition through working with Unlocked.

I have gained a lot more self-confidence, especially in terms of public speaking which is something I would have actively avoided before taking this job – now, I wouldn’t be opposed to it. I would also say my ability to adapt has improved too – whether responding to plans not going as expected or changing my promotional strategy according to the audience. More than anything, I think this role as Brand Manager at Unlocked Graduates has taught me to believe in myself because I proved to myself that I’m a lot more capable than I thought I was.