On Eid, Muslims in the community celebrate by wearing their best clothes – which may be traditional attire – and decorate their homes. On Eid morning, a breakfast spread is laid out which would typically consist of a sweet dish and traditional food. There is a special congregational Eid prayer that takes place in the morning which both men and women can attend. In the community, this is usually conducted at the local mosque or large open field due to the number of attendees. The Eid prayer is led by the Imam (head of the mosque) who ends the service with a ‘Khutba’ (religious sermon). Often a sweet treat is distributed amongst the worshipers and they all greet each other by exchanging hugs, handshakes and saying ‘Eid Mubarak’. A customary part of Eid day is eating together with other people such friends, family and loved ones. Families may host a big meal and then visit other relatives throughout the rest of the day. Divine food and sweet desserts are enjoyed, and gifts are exchanged to celebrate the day. 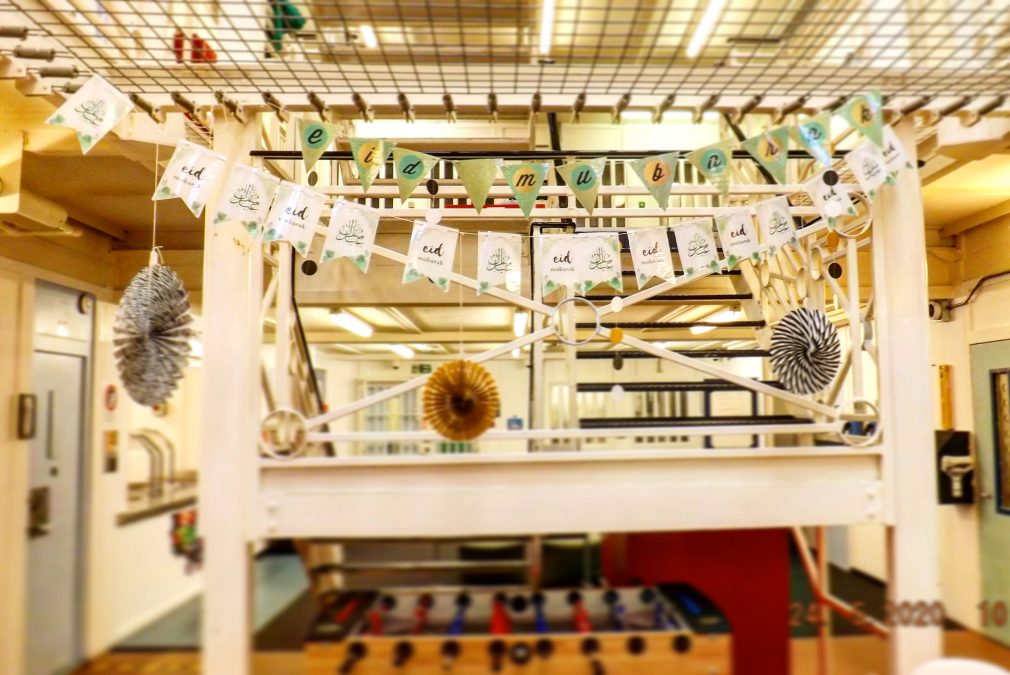 This year, with the national pandemic effecting both the outside community as well as the prison regime, it was recognised that Eid could not be celebrated in the traditional way. Inside prisons, social visits have been cancelled, religious services have been postponed and the regime has been very restricted as per the government social distancing guidelines.

Eid is a festival of coming together with friends, families and neighbours and sharing food, however this is difficult to do whilst in prison. This year it proved even more challenging inside prisons – due to the pandemic, Muslim residents were unable book visits to see their friends or family, perform the special Eid congregational prayer or socialise with many of the other residents.

Nevertheless, to ensure the festival was marked at HMYOI Aylesbury, I took charge organising the Eid celebrations. I teamed up with my Unlocked gang, the Chaplaincy department, and Safer Prisons to think of ways to make the day to feel special in the prison for all our staff and residents. 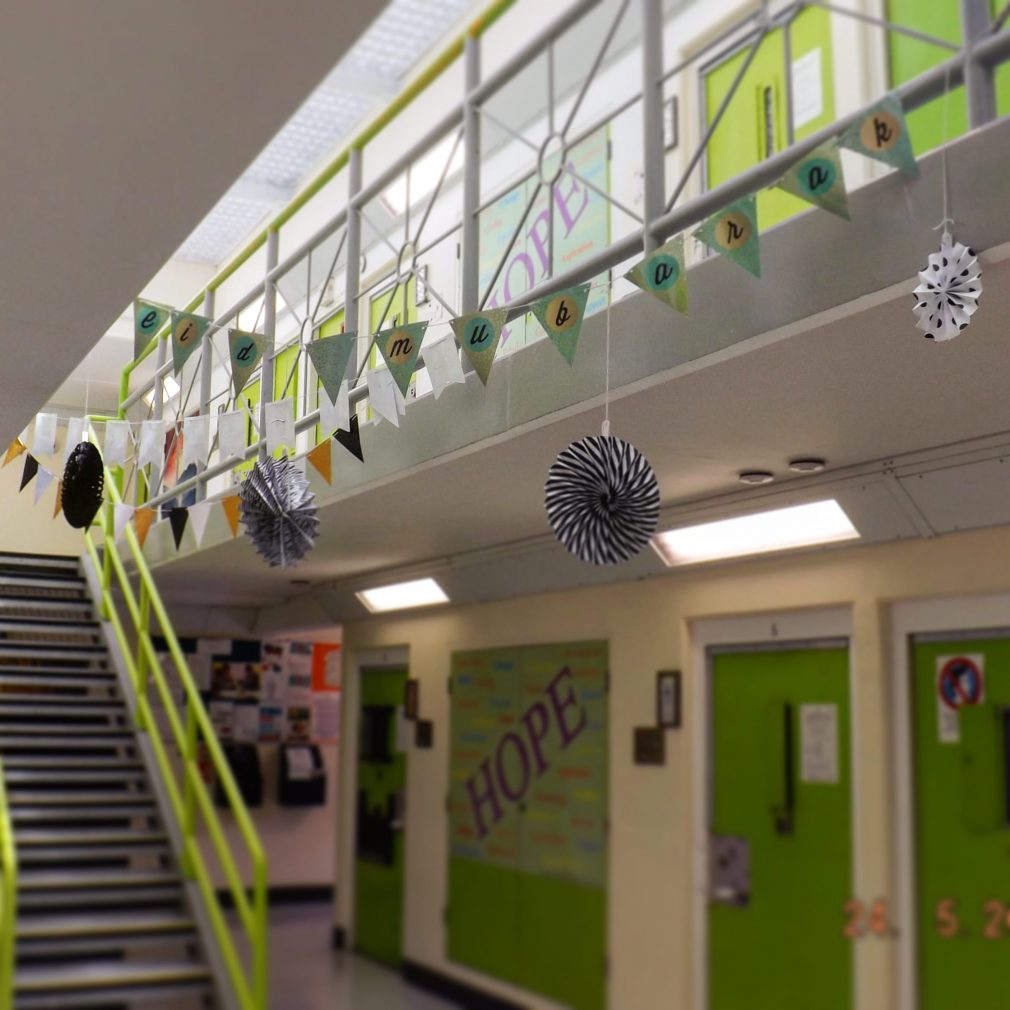 I started out by inquiring with the residents about what they would like for the prison to facilitate on Eid. Although I was not able to facilitate a grand Eid party with a bouncy castle, I took away the reasonable suggestions and liaised with the Senior Management Team to propose ideas for what could be done. The finalised plan consisted of the following:

When speaking to the residents about what would make Eid special, they suggested they would like to have a meal that was different to the usual ‘prison grub’. On Eid morning, the prison agreed to facilitate a hot breakfast for all the residents. This was followed by a hot lunch, where all the residents were given a selection to choose from a special Eid menu of Middle Eastern cuisine. The residents were thrilled with this and enjoyed the food that was served on the day. 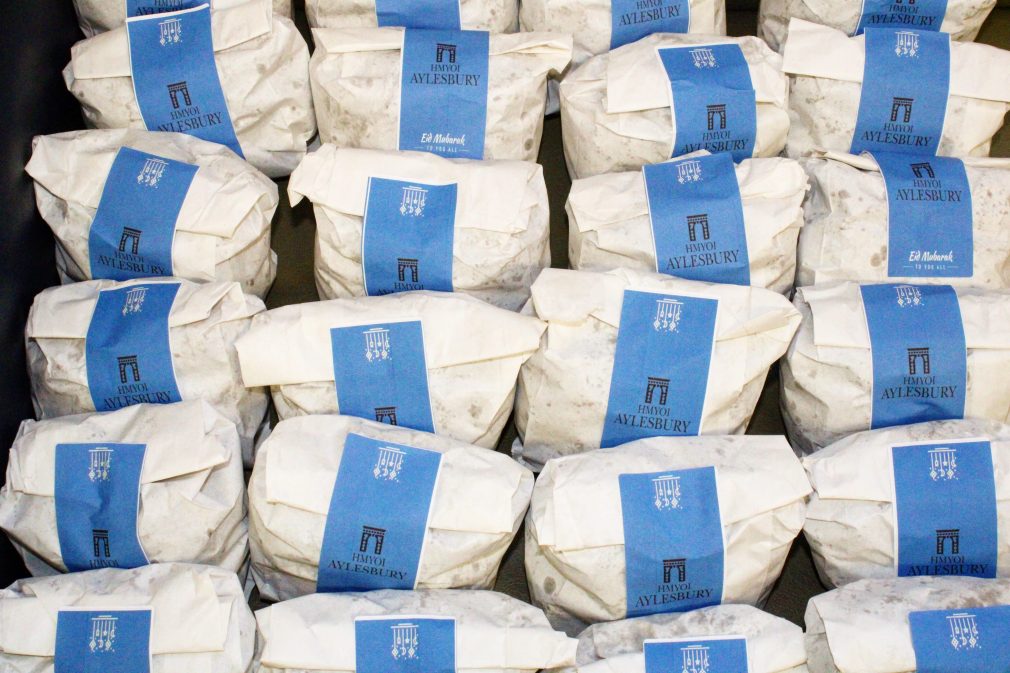 As Eid is celebrated by eating sweet treats, I wanted to spread some of this culture across the prison. We managed to order Bakalava, which is a sweet pastry treat that originated from the Middle East. With the help of some of my Eid elves, the Baklava was individually packed with an Eid message and was distributed to all residents in the prison on Eid day. This was a novel experience for many of the residents who enjoyed trying something new.

As Eid marks the end of Ramadan – when Muslim residents spend a whole month observing fasts from dawn till dusk – a local charity donated items to distribute to the residents in aid of this. Special Eid goody bags were made up with the religious items and they were distributed to all Muslim residents. The bags included dates, miswak (teeth cleaning twig), small Islamic book, prayer beads, and a religious hat. The residents were very grateful for the gifts and appreciated the gesture. 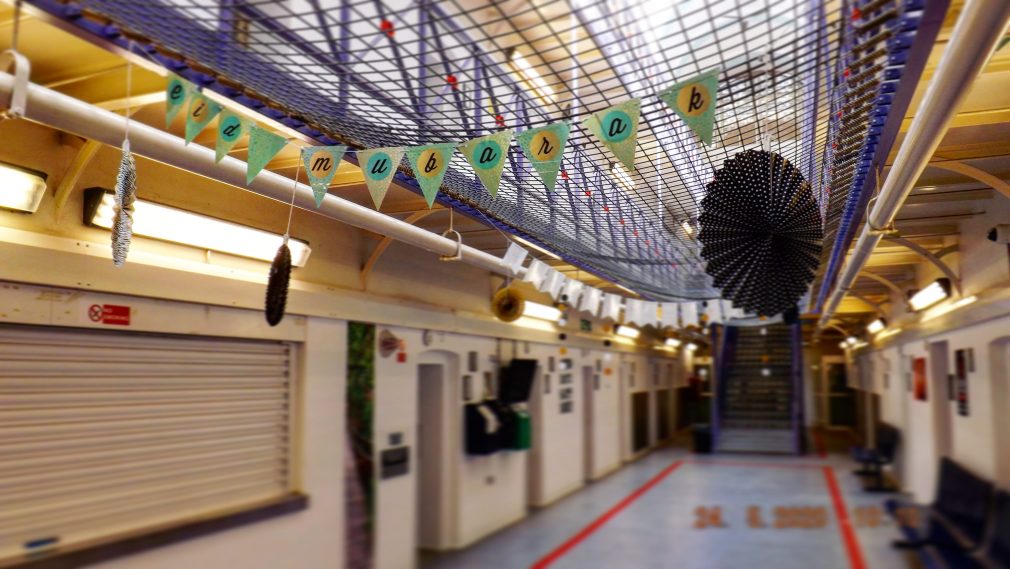 It was apparent from the atmosphere on the day that all the residents welcomed the festival and enjoyed the experience.

Later in the week, the chaplaincy department and kitchen team facilitated a socially distanced Eid meal for all staff in the establishment at lunch time. The Eid decorations were used to decorate the room and staff were invited to come to the world faith room during the lunch period and were provided with food cooked by the kitchen team (the same food options that were provided for the residents on Eid) and Baklava and Jalebi (traditional sweets) were also offered. This was an opportunity for staff to celebrate Eid, come together and ask questions about the religion and festival. The turnout was great, and the event was successful. Staff enjoyed the cultural experience and had a good time.

Despite the lockdown measures, Eid was successfully celebrated at HMYOI Aylesbury. Although there were hiccups along the way, the Unlocked team, my residential Governor and the team inside my prison were very supportive to see it all through. That’s one Eid celebration down – now on to the next!